It has been a long time since we last time reported our developing ideas to those players who would care about what we are doing. So, in the following passage I will list out the adjustment plan and direction about the happiness and health mechanism and output buffs of resource points.
[hr][/hr]
From the earliest stage of designing Settlement Survival, the happiness and health mechanism has always been one of our challenges.

Our earliest happiness and health mechanism was similar to "Banished", which is just one of the key factors for us to pay attention to and measure whether the citizens are well cared for, and population pressure --- our subsequently added mechanism will also be greatly affected by these two values. With the enrichment of our item types and production and processing, as well as the increase in the upper limit of the population that can be supported in the game, the original mechanism of happiness and health can no longer meet our needs.

Currently, the main issue of the happiness/health mechanism is its continuously deducting/recovering mechanism, which means that the citizens during the normal game process would never stop increase/decrease their status until the players find a way to supplement those gap causing deduction by producing and consuming all kinds of items.

Through the discussion about the game design and players' complaints, we confirmed that there are some fatal issues caused by this mechanism:

For these problems, we have made some modifications. For example, the food diversity mechanism has been replaced by food grading, and adding a variety of choices such as soaps, drinks, and consumables, and transforming the decline in health caused by work into sprains, fractures, and so on.

However, these are essentially patch-type modifications, which can only alleviate the problems caused by the mechanism under limited premise, and can never provide players with a satisfactory experience. After a long discussion, we decided to completely redo the happiness/health mechanism. 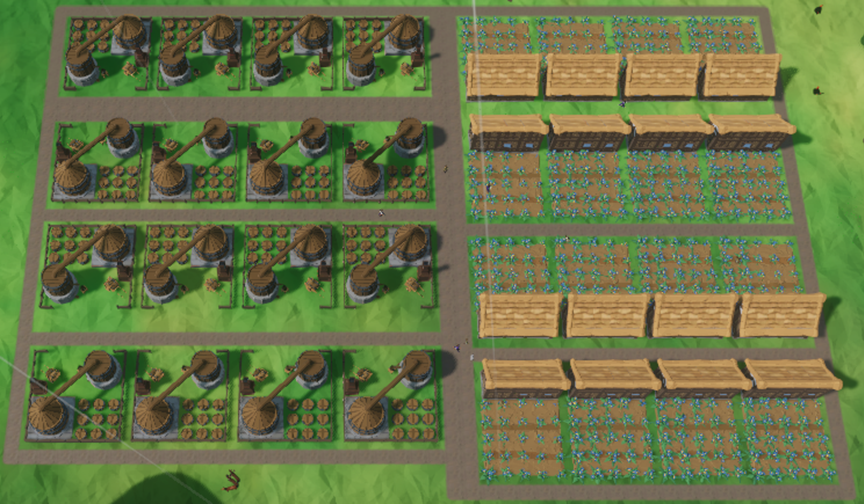 Lots of Consumables Production Buildings
The above are the key adjustment points of the happiness/health overhaul plan. Of course, we have more adjustments for the original content, such as: positioning of consumables, technology adjustment, industry chain optimization, building function adjustment and new buildings.

Apart from the overhaul of happiness/health mechanism, we also made some optimization and addition for the content of map resource points.
[expand]

The above are all adjustments related to optimization. We will complete the adjustment as soon as possible, and will also actively collect suggestions and feedback from various channels to actively improve the problems in the game.