Dead Seater as an experiment

Hello! For fun I'll be going through several weird things I tried with this game, and if they worked or not. Spoilers ahead.

Dead Seater is like the antithesis to another game I made called Light Bulb. In that game, the player would get brutally attacked in the first 30 seconds, then the rest of the game was mostly absent of scares. (In fact, after the beginning, you could go through the entire game without being in danger even once if you made the correct turns.) In Dead Seater however, the opposite occurs. In horror, everyone knows the basement is haunted. So I've intentionally tried to fake out the player twice by forcing them to enter the basement two times and letting them go free with no encounters.

Firstly, how this failed: I underestimated how long it can take players to get through the game, thus how quickly it loses tension for players. Also, the save room wasn't enough to make most players paranoid of a potential game-over screen; they still begin to think that rather than building up to something, the game is just "all bark and no bite" (up until it bites.) It also doesn't help that Dead Seater is an unabashed key hunt.

How this succeeded: See how each of these players react when the game shuts off the lights in the same room for the third time. They're finally sick of it. They think they get this game's routine. That's terrible, except that the first enemy attacks right then. It's perfect comedic timing.

Dead Seater is presented in mono audio. Originally I made this choice just to make the game feel claustrophobic, but it also changes how the game works.

How this succeeded: Mono audio means you can't tell where threats are coming from. Thus when the walking enemy turns off the lights and double-backs, the player is forced to choose a direction to run, or wait to see where it is (which is risky for a couple reasons which are coming up.) If they run, they have the choice to turn around if the enemy's stomping gets louder, or to just commit to their choice and hope they survive. This makes those chases tense, because tension in horror games is about making educated guesses and reacting to the consequences. As for the small aspect ratio, it means your eyes have to travel less distance when the game switches perspectives, making it slightly less nauseating sometimes.

That's another thing: the fixed camera style. I deliberately placed camera angles to hide the line of sight around corners. Imagine if this game was an FPS with stereo audio, how incredibly simple it would be. No, actually, you don't have to imagine it, because I tried it--at least the FPS part. It looks spooky, but this gameplay is a no-brainer, and I know you've seen it before.

This continues from the last point. The mouse-control tank movement is not new, but Dead Seater depends on it.

How this failed AND succeeded: Of course some players found this type of tank controls frustrating. Although it is interesting that rather than taking control away from the player (which is usually what causes the most frustration in any game) this mouse control scheme gives more control to the player, allowing them way more precision--it's too much power. Against the MB's which are basically light-sensitive landmines, to navigate through Dead Seater feels like another horror game we all played as a kid:

[h2]To summarize: [/h2]
This is the last time I will ever make a game which depends solely on mechanical difficulty (rather than strategy, puzzles, or anything else) But Dead Seater was still a fun experiment in pacing, and I won't even start on the fun I had with level design.

As a bonus, here's a piece of concept art for the MB's. 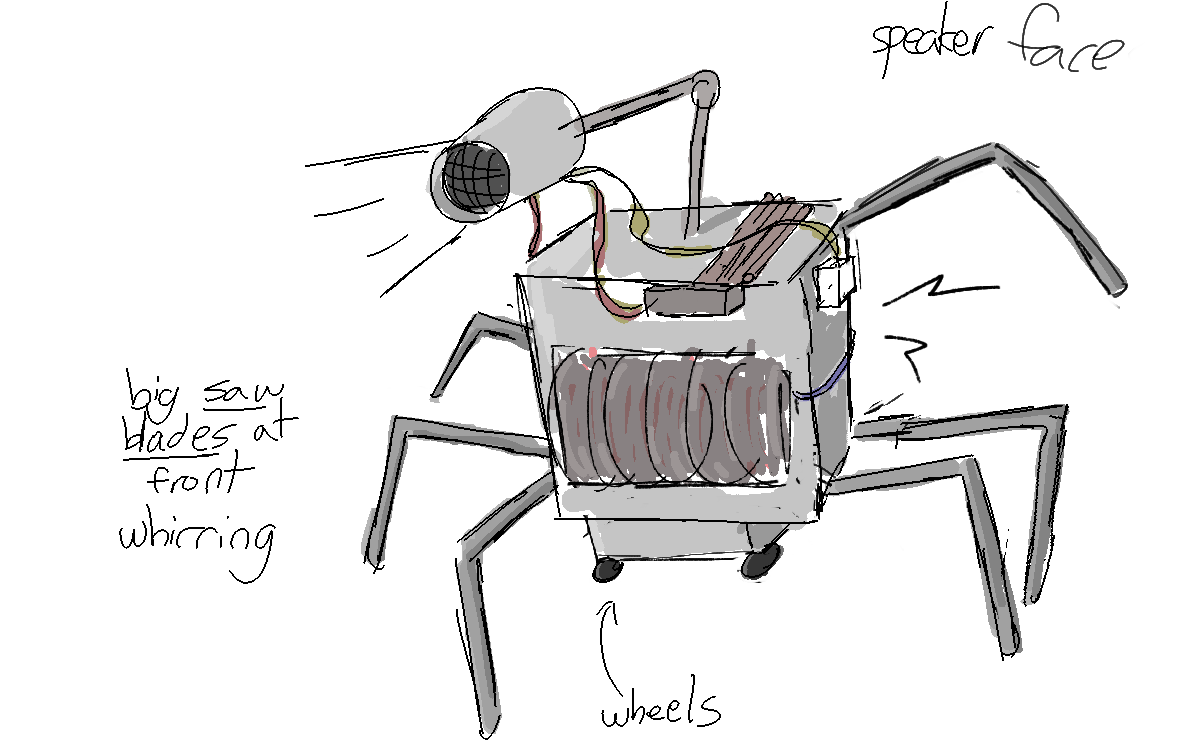