The Demonform system has been simplified, and has a new interface.

You no longer need to manually customize what is equipped to each form. Instead, they can all be levelled up until they reach the maximum of 3, unlocking a new ability with each level. 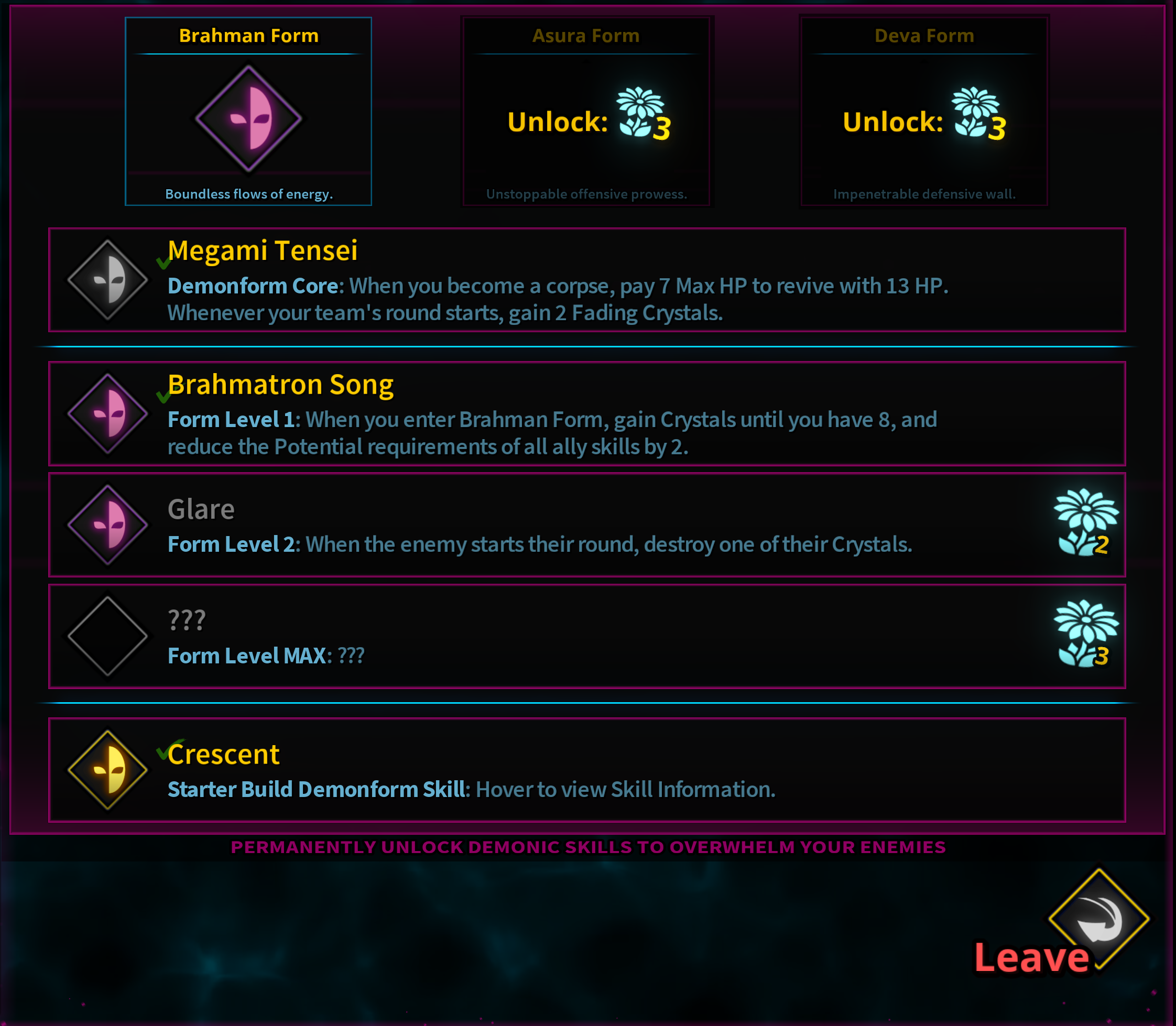 Corruption is no longer a part of the Demonform system. Instead, Demonform always lasts for exactly 4 player rounds of combat, and your Potential is not affected.

You no longer need to equip and change Demonforms at havens. You can now choose which Demonform you want to enter directly from the combat menu.

The skills available in each Demonform have been changed / rebalanced.

- A crash related to obtaining items that were queued after other rewards has been fixed.
- An interface issue causing the Jukebox to overlap with the Mastery screen has been fixed.
- Various other bugfixes and improvements.