In our previous Battle Path articles (linked above), we have unveiled the basic concept behind the upcoming Rise of the Dragon Battle Path – to implement various rewards related to different eras of China in chronological order, starting from the pre-war period. In this part, we’ll tell you more about the prize bloc dedicated to PLA’s rapid development. 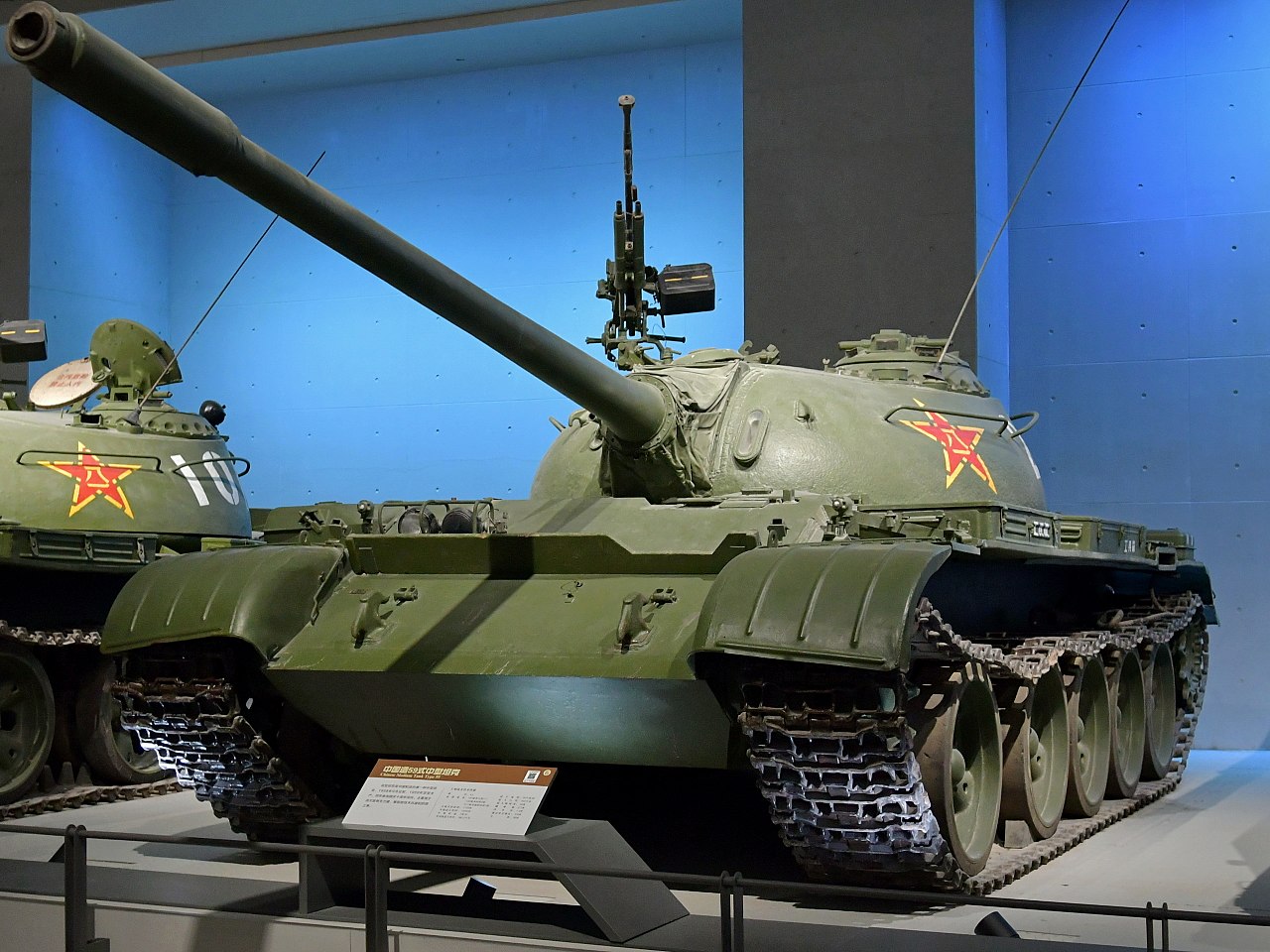 As a result of the Soviet help with Chinese arms industry, China received a large number of T-34 tanks (designated Type 58 in Chinese service) followed by a large number of T-54A tanks, which served and were later license-produced under the name of Type 59. By the time they reached China, these tanks were hardly the most powerful ones in the world, but were still quite sufficient for their purposes and taught the Chinese engineers valuable lessons in tank design, influencing the Chinese tank industry for decades to come. 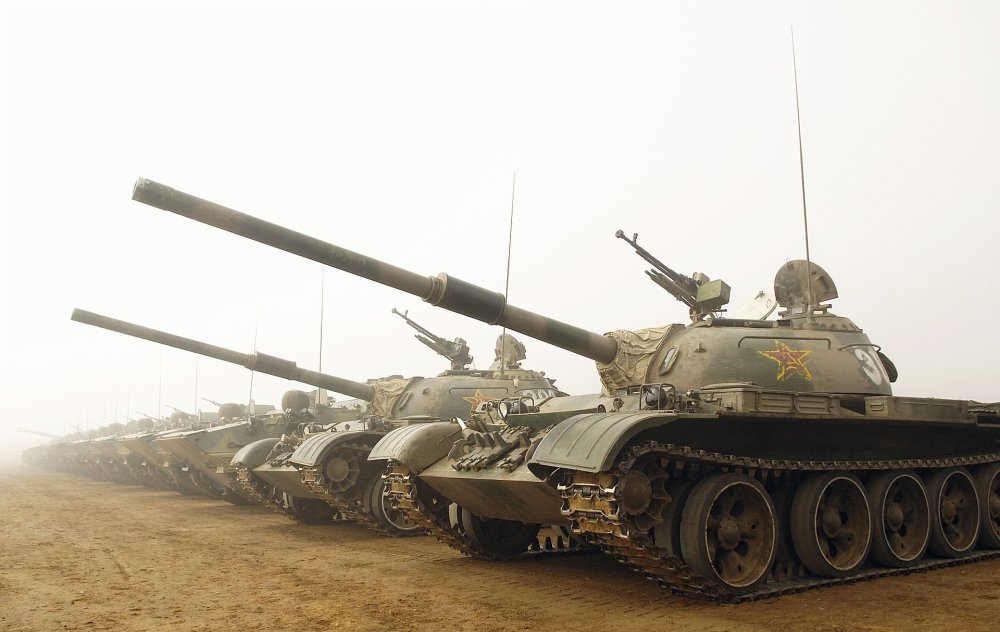 The Type 59 was first introduced to the public during the great Chinese national parade in 1959. The original model production, however, only took place between 1957 and 1960 in Baotou (located in the Beijing military area), although more advanced models were in mass production ran until the 1980s, with an estimated 10 thousand vehicles with various modifications produced, becoming the most numerous tank in Chinese service for the next few decades. Originally, these tanks were painted in the usual Green color, but later on the factories switched to the three-tone camouflage that became extremely common in the PLA. 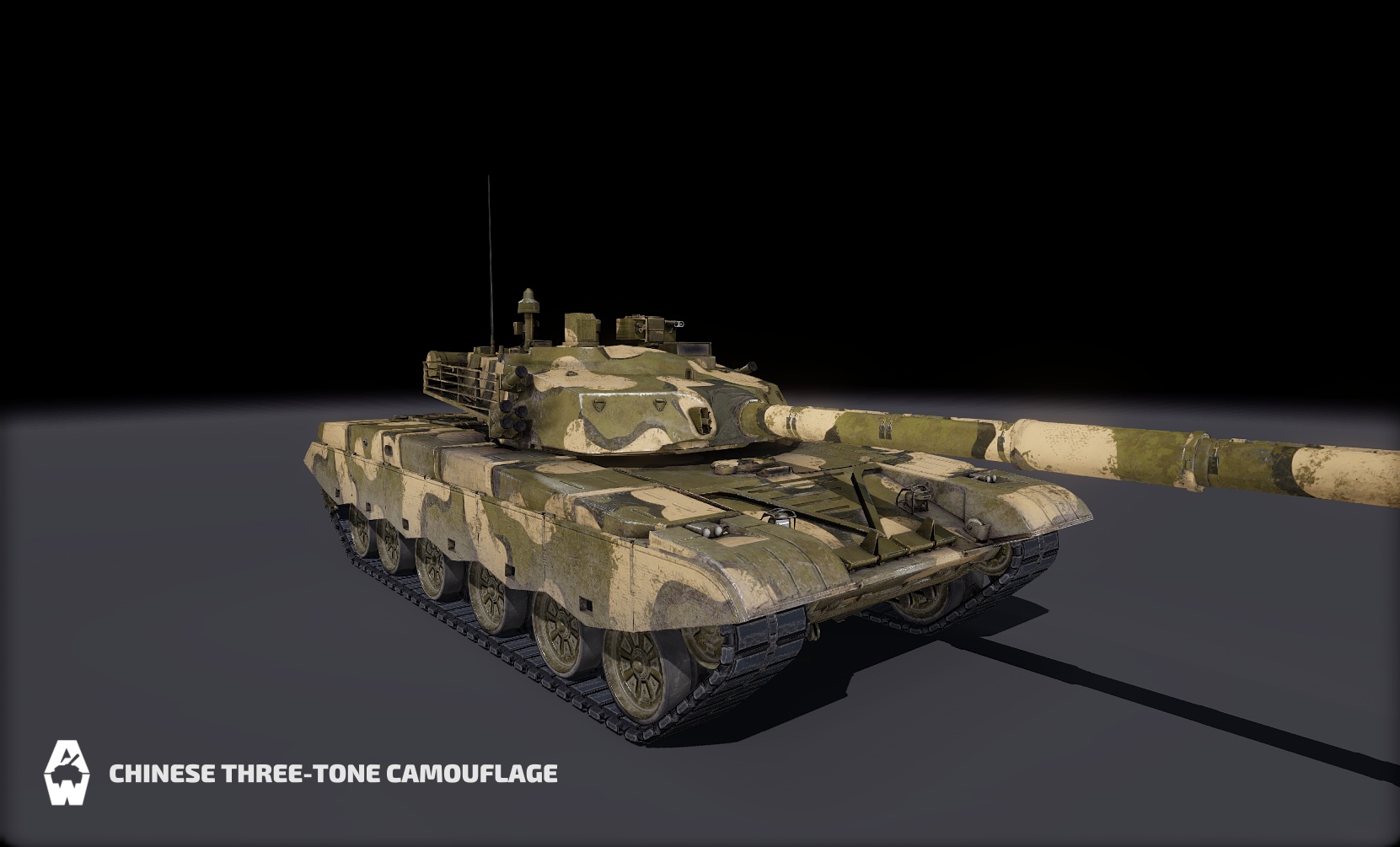 This camouflage will be the first of the prizes introduced in this Battle Path reward part. It consists of black, sand and olive green stripes and was applied until the dawn of digital camouflages in the 1990s. You’ll be able to apply it to all vehicles as usual.

But let us get back to the story of China. In the late 1950s, clouds started gathering over the two great allies. Due to their ideological differences, the relations between China and the Soviet Union deteriorated in the 1960s practically to the point of open conflict. A side-effect of this situation was that the Chinese were left in a bad place, unable to get access to advanced Soviet technologies while being alienated from the west at the same time due to their support of communist regimes in Asia and the Vietnam War. For the Chinese armor industry, there were several pivotal moments, most notably the Damansky Island incident and, the Vietnam War with all its lessons. 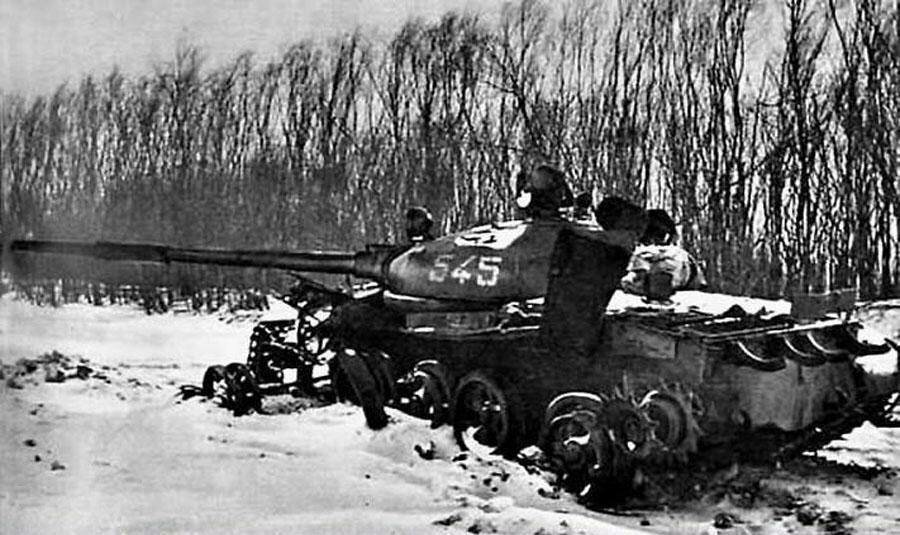 Let us stop here for a short moment though – the Damansky island incident. In the March of 1969, the Chinese and the Soviets were practically in a state of open warfare around the Ussuri river border. Skirmishes were relatively commonplace and the events culminated on March 2 in nearly a two-week-long full-scale conflict over a river island called Damansky (or Zhenbao in Chinese). 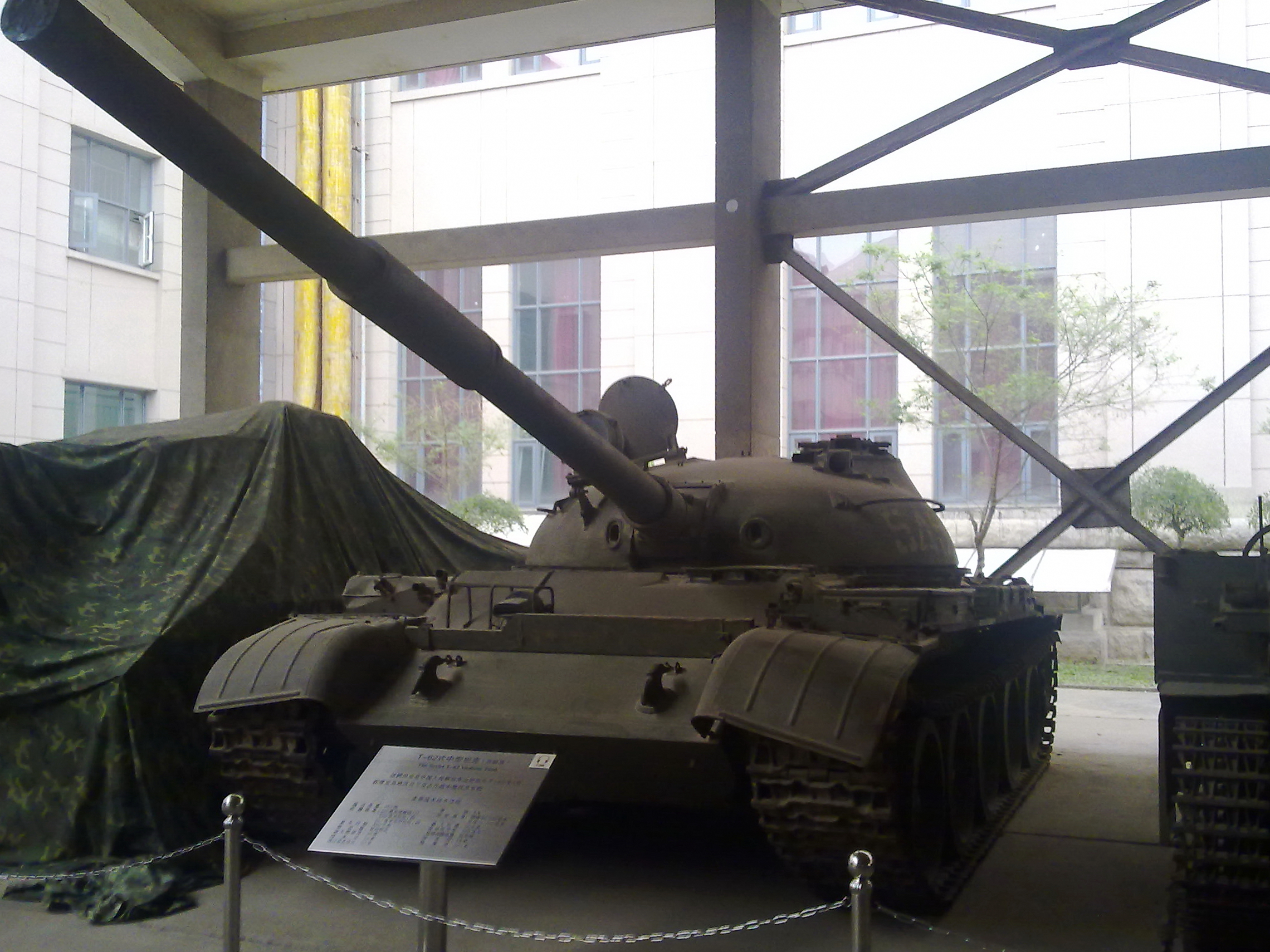 The battle involved APCs, tanks and even heavy artillery and resulted effectively in a draw with both sides claiming victory. Both sides lost roughly 60 men, but, more importantly, one of Russia’s relatively new T-62 tanks was disabled in the fighting and despite the best Soviet efforts to retrieve it, it was captured by the Chinese and brought back to Beijing. This T-62 No.545 then became a valuable source of research information as it was taken apart and studied extensively by the Chinese military and scientists. Afterwards, it ended in a museum.

Which brings us to the second prize of this segment – the T-62 No.545 will be a skin for the T-62 Tier 3 progression Main Battle Tank. 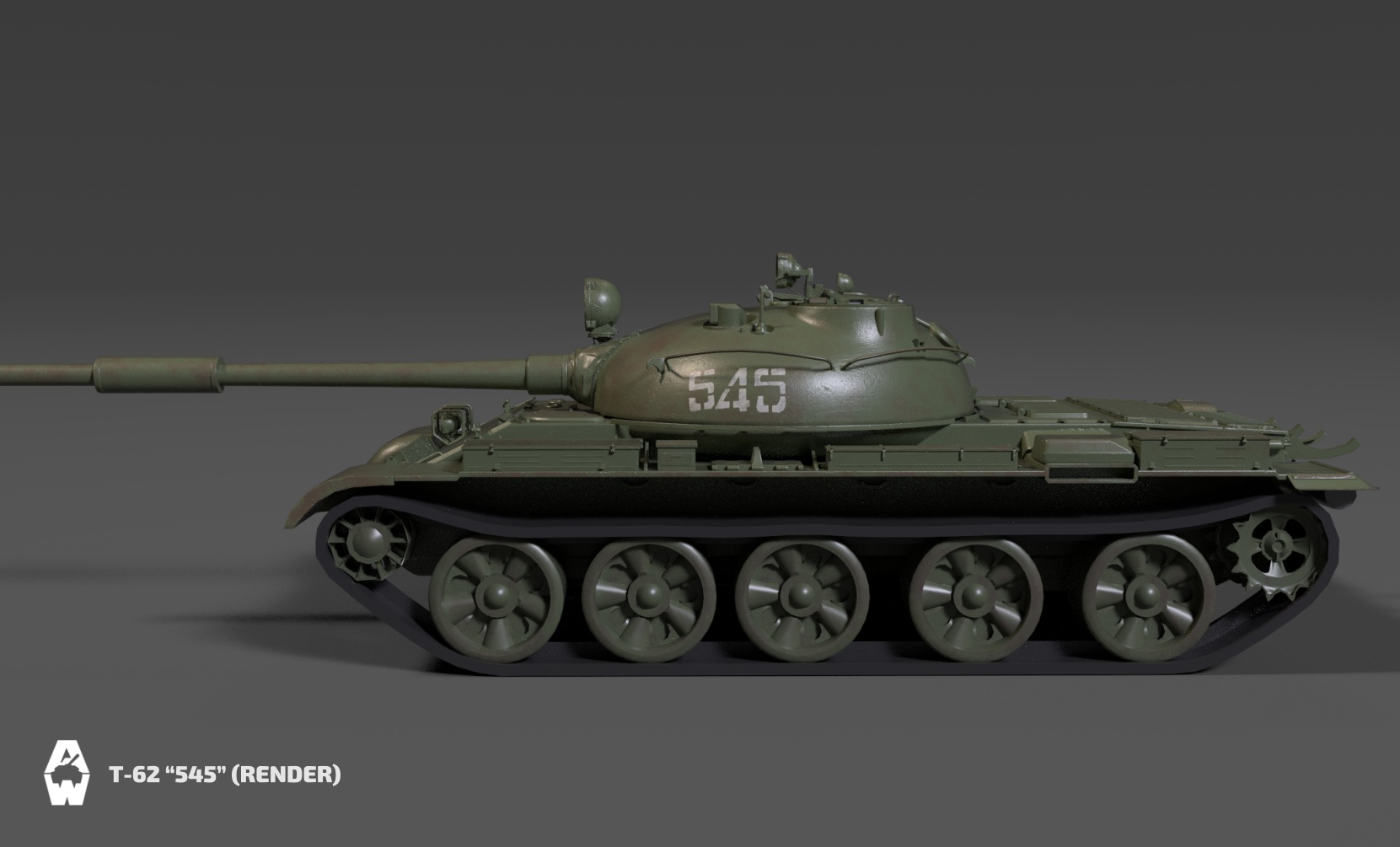 It’s a simple skin consisting of the Soviet khaki color and the white tactical number “545” along with its battle-worn surface. As the tank was so important for the Chinese development, we couldn’t have passed the opportunity to introduce it to Armored Warfare in this form.

The lessons learned from the T-62 as well as the Vietnam War and the 1979 Sino-Vietnamese war unveiled a number of issues with the tactics and armor the Chinese deployed and led to the rapid development of both. Even though the Chinese military industry tried to get their hands on modern technologies however they could, the isolation left some Chinese technology branches a decade or more behind their Soviet and western counterparts. During this era, China mostly focused on upgrading what they had, especially the Type 59 tank. 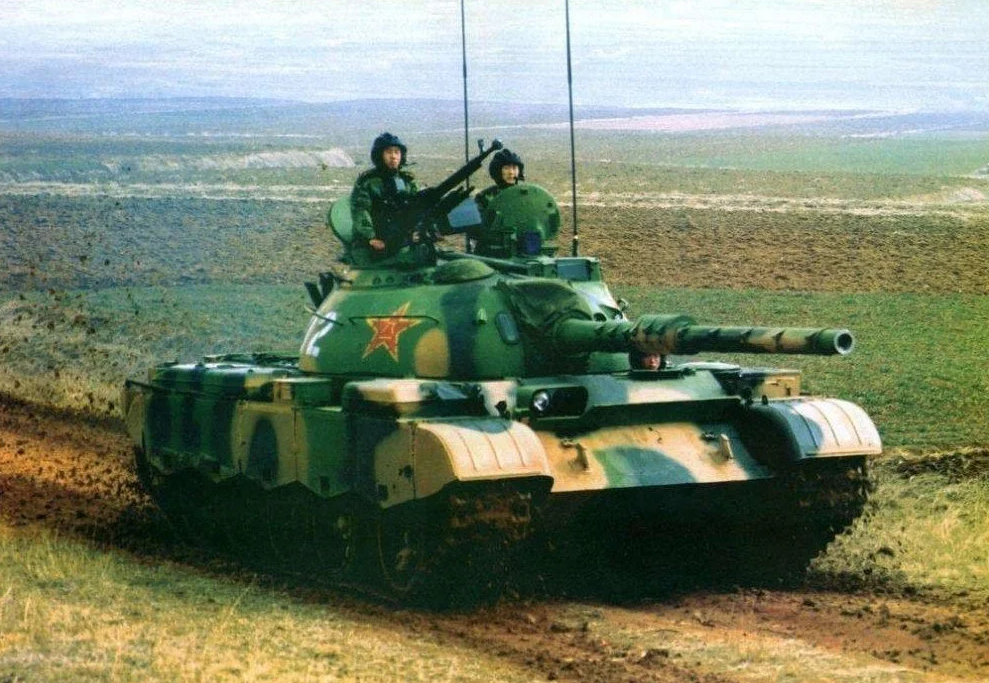 This would only change during the Thawing era as the relations between China, the Soviet Union and the west improved. Especially the late 1970s and the 1980s saw a military development boom with more and more advanced technologies becoming available to the Chinese, both from Europe (105mm NATO standard gun) and from Russia (125mm smoothbore). The development ran in two directions:

During this period, China became a major armor exporter with massive amounts of tanks sold across the world. 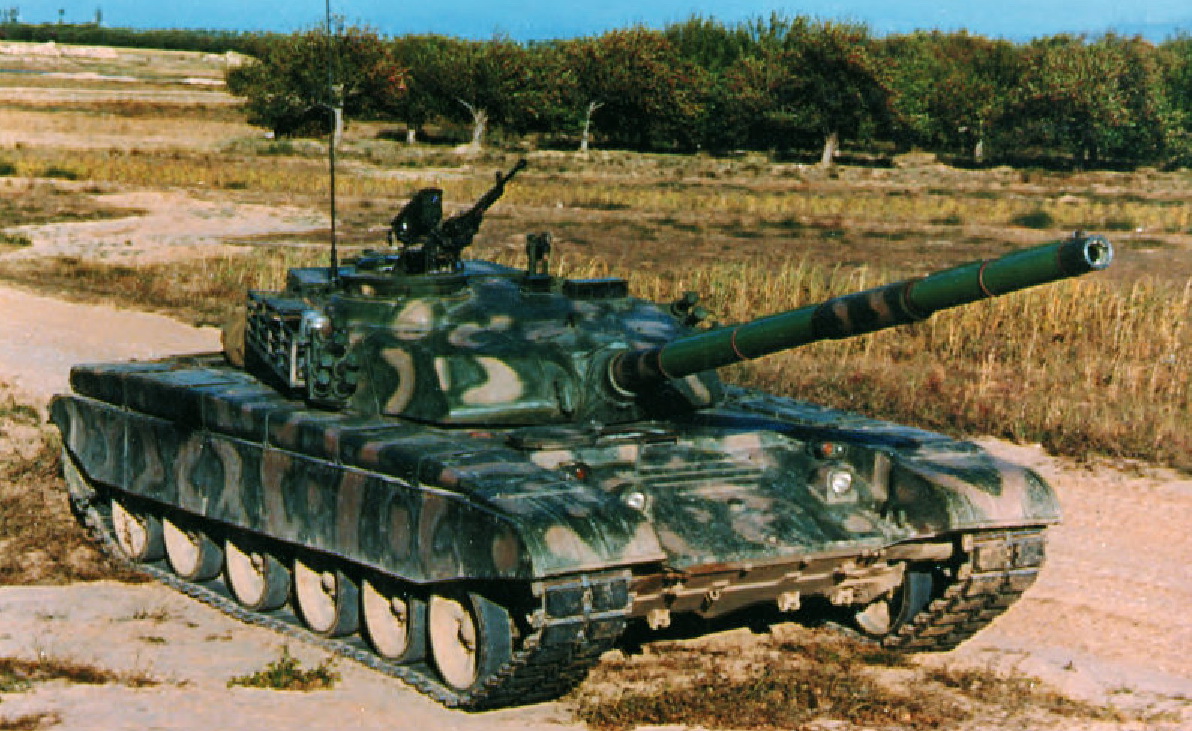 But let us get back to the prototypes because the third phase we want to tell you about is the Chinese Experimental camouflage as seen on a Type 99 prototype called 9910. 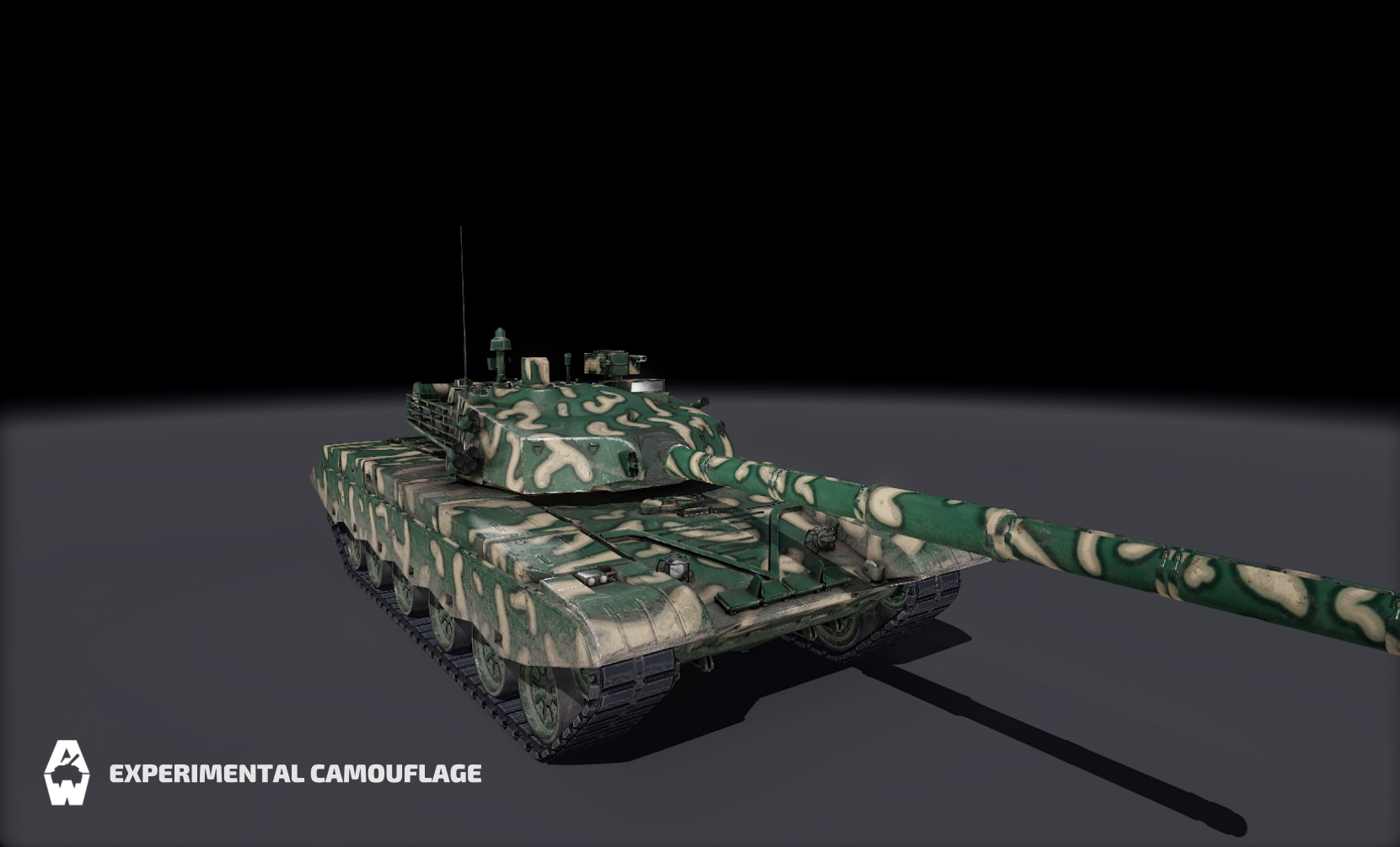 While not historically valuable (this type of camouflage never went into mass use), we hope that you find these gorgeous spots of sand color over a green surface as pretty as we did.

And that’s it for the main prizes. Other prizes of this segment include:

Next time, we’ll continue taking a look at more vehicle prizes as well as the prizes of the next prize segment called Chinese Marines.

See you on the battlefield!